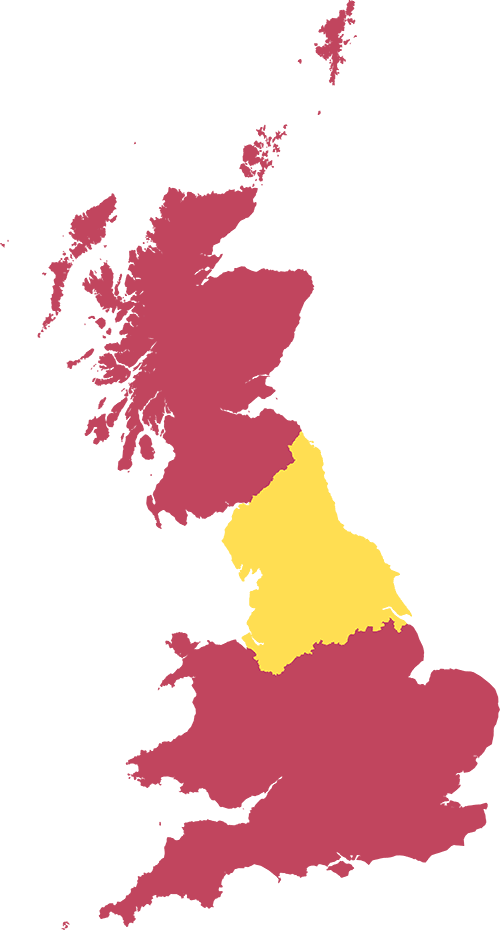 Our current proposal includes all of the North East, North West, Yorkshire and the Humber, and High Peak. Constituencies immediately south of the border will be offered the chance to join through referendum.

We don’t want to recreate Westminster, where everything revolves around a single capital and everywhere else lives in its shadow. We’re examining a number of alternatives, such as having different capitals for different functions, or having a parliament that moves periodically between major Northern cities. At the end of the day, it will be for Northern people to decide.

Will an independent North join the EU?

The majority of people in the North voted to leave the EU, and this was confirmed by the election of Boris Johnson in 2019. Brexit is done, we have left. The Northern Independence Party is committed to democracy and embracing our new relationship with the EU and the rest of the world. We are keen to see the government keep the promises they made about this new relationship. However, should the people of the free North want to rejoin the EU one day, then that is a decision for the people – and not any political party – to make.

Will we keep the Queen?

Many people in the North love the royal family, and it is not for us as a party to decide this. If enough people in a free North want to keep the Queen as head of state, as she is in many Commonwealth countries, then she will be invited to remain. If the majority of people want to be a republic, then we will be a republic. Either way, this will be decided by a referendum in a free North.

Will an independent North use the First Past the Post voting system?

We believe in democracy. The form this takes is for a constitutional assembly to decide. Having experienced the governments delivered by First Past the Post, we will argue against it.

Why do you propose “Northumbria”?

Northumbria is the historic name of the regions we consider ‘The North’, formed from the merged kingdoms of Deira and Bernicia in the 7th century, and meaning ‘North of the Humber’. We propose it because this period of history represents the last time the North was united as an independent entity.

Why red and yellow?

These are the colours of the historic flag of Northumbria, the standard of St. Oswald, the founder of Northumbria. It is one of the oldest flags in the world. Originally it was gold and purple, but this was later changed to our fetching yellow and burgundy!

What currency would we use?

This depends entirely on the political landscape at the time of independence. We don’t know what the relationship between the pound, the euro, and other currencies will look like when we gain independence. What we can say is that decisions about our currency should be based on the will of the people and the advice of economic experts in the circumstances of the time.

Is this a party aimed at the whole of the North or does it operate along class lines?

Our aim is to represent the whole of the North and everyone that lives here. We make no apology for being predominantly a working class party, as the working class feel the brunt of the North-South divide and it is their voices that are routinely ignored. We believe that improving the conditions of the poorest and most neglected among us will in turn improve the conditions of those who are already doing well. To achieve this we seek the perspectives of all Northerners, and we invite people from all backgrounds in the North to join us and contribute to our vision.

Isn’t it more effective to advocate for the North in Westminster rather than pursue independence?

We will be doing both. Even with a government programme as radical and transformative as in 1945, until we address how the UK is structured, the power relations within it will never change. The North needs its own voice to stand against the interests of Westminster. We can’t trust a system built on inequality to dismantle that same inequality.